Pyotr Ilyich Tchaikovsky: 10 (little) things you (perhaps) do not know about the composer of Swan Lake

A mysterious death, mushroom picking, and a failed marriage. Three details that make up the life of Russian composer Tchaikovsky. Interesting side note, these details are in no way linked. Here are 10 (little) things you (perhaps) do not know about the composer of the Nutcracker and Swan Lake.

Consumed by ambition and anguish, plagued by painful and contradictory thoughts, Pyotr Ilyich Tchaikovsky (1840 - 1893) could easily have been a character found in the works of Tolstoy or Dostoyevsky. In order to better understand the personality and the music of Russia's most famous composer, here are 10 (little) things to know to get us started...

In a letter to his brother Modest, Tchaikovsky wrote: "I am Russian, Russian, Russian, to the marrow of my bones". Like every good Russian citizen, he regularly travelled to the countryside to stay in a traditional datcha or in a quaint little country house. It is here, surrounded by nature, that Tchaikovsky would compose.

Moreover, just like many of his fellow citizens, the composer developed a great passion for mushroom picking. In a letter dated 23 May 1878 to his benefactor Mme Von Meck, he wrote: « The moment in which one first sees a plump, white mushroom is simply fascinating. [...] I dreamt of enormous, red, fat mushrooms all last night. »

The disappointment of Swan Lake

Swan Lake is undoubtedly Tchaikovsky's most famous work. Upon accepting the commission by the Bolshoi in 1875, he is motivated by both the financial aspect and the genre of the work, hitherto unexplored by the composer: ballet. He embarks upon an ambitious project of symphonic proportions, without any prior discussion with the choreographer Julius Reisinger.

The work quickly proves to be too ambitious for the Bolshoi: certain passages are therefore cut entirely or drastically changed, a common occurrence at the time. Though the premiere is far from a catastrophe, its reception by the press and the public is lukewarm at best, far from today's opinion.

Nadejda Von Meck, wealthy widow and music aficionado, financially supported Tchaikovsky for almost fourteen years, without ever meeting the composer. Their relationship is purely epistolary, beginning with a letter sent to the composer in 1876, in which Mme Von Meck admits her admiration: « To tell you what delight your compositions bring me I consider out of place. »

Over the course of their friendship, Tchaikovsky and Mme Von Meck exchanged over 1200 letters, in which the composer often shared his benefactor intimate thoughts and feelings, though never going so far as to admit his homosexuality. It is thought that upon discovering in 1890 this private aspect of the composer that the widow decided to put an end to their unique relationship. 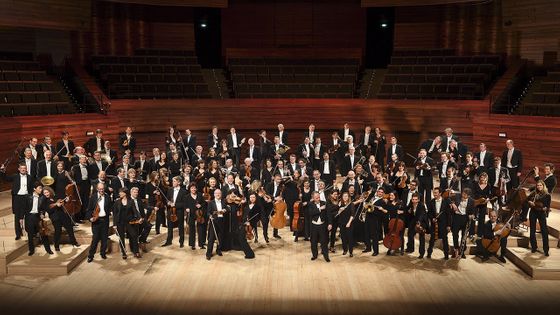 If there is but one secret that weighs incessantly upon Tchaikovsky, it is his homosexuality. Though he never fully repressed these desires (his first relationship occured during his years as a student in St Petersburg), he never allowed himself to fully experience the emotional satisfaction that this aspect of his being would bring him. Confiding to his younger brother Modest, also homosexual, Tchaikovsky wrote: "I find that our conditions are for both of us the greatest and most insurmountable obstacle to happiness."

"In short, I seek marriage or some sort of public involvement with a woman so as to shut the mouths of assorted contemptible creatures." It is in 1876 that Tchaikovsky shared this idea with his brother Modest, only two years before his marriage: the composer would indeed put an end to the rumours surrounding him by marrying a woman.

In July of 1877, Tchaikovsky married Antonina Ivanovna Milioukova, one of his students at the Moscow Conservatory. From the very first day, Tchaikovsky's patience and will were immediately tested. The mundane ceremony and the permanent union that would follow quickly plunged the composer into a state of deep depression.

"I have warned her that she can rely only on my brotherly love. [...] my wife has become totally repugnant to me in the physical sense", confessed Tchaikovsky to Modest only months after their wedding. So depressed was the composer that even the doctors saw it necessary for him to end his relationship. Finally, under the false pretence that he was awaited in St Petersburg, Tchaikovsky left his wife on 24 September 1877, never to see her again.

To his entourage and follow colleagues, Tchaikovsky was a sweet and caring man, full of excellent manners. The reality, however, is far less optimistic. The composer often described himself as shy, almost antisocial: "By nature I am a savage. Every new acquaintance, every fresh contact with strangers, has been the source of acute moral suffering" (letter to Mme Von Meck, 1878)

"I feel at my best when I am alone" (Letter to Jurgenson, 1879). Problematic for a composer seeking public recognition and an artistic career, and whose close friends were the only ones aware of his state of mind.

At the age of 10, the young Pyotr Ilyich Tchaikovsky was sent to a boarding school for boys from wealthy families. He had no choice but to abandon any musical ambitions, despite being a member of the school choir and attending numerous concerts nearby.

Having obtained his law degree, Tchaikovsky entered the Ministry of Justice. His lifestyle at the time was a comfortable one, though short-lived when he came upon the recently-founded St Petersburg music conservatoire. Enrolled as a student without a moment's hesitation, he graduated at the age of 26 and was swiftly named professor of composition at the new Moscow conservatoire.

"As a composer, Wagner is certainly the most remarkable musical character of the latter part of this century", admitted Tchaikovsky in the Morning Journal in 1891, when invited to conduct at the inauguration of the New York Music Hall (known today as Carnegie Hall).

However, "according to my deep and unalterable conviction, he was a genius who followed a wrong path", he continued. Tchaikovsky remained polite, as polite as when he was sent by Russkiye Vedomosti (a Russian liberal daily newspaper) to Bayreuth in 1876. He published at the time five articles on the Wagner festival, with little praise but remaining courteous nonetheless, though he later admitted to his brother in a letter: "Bayreuth left me with a heavy memory [...] Before, people tried to admire music, now they are tormented and tired." (8/20 August 1876).

Though Tchaikovsky is primarily known for his ballet music, grand operas (Eugene Onegin, The Queen of Spades) and of course his symphonies, lesser known are his 100+ songs, the most intimate of musical genres, echoing his passion for poetry.

As a child, Tchaikovsky wrote short poems haunted by the idea of death and destiny (his particularly sensitive nature earned him the nickname the glass child by his governess). Unsurprising, therefore, that he would retain as an adult this taste for poetry, that he would put to music. He used the genre to express his various states of mind, and eventually wrote himself the words to his own melodies.

Regarding the death of Tchaikovsky on 25 October 1893 in St-Petersburg, two theories arise... The first describes the contraction of cholera from a glass of improperly sterilised water. The second theory, less conceivable, is that of suicide, the result of a complaint filed against him following a scandalous affair.

Thus comes to a mysterious close the "story of Tchaikovsky", mysterious till the end. Is it worthy of a Tolstoy novel, whose fate is inescapable and destined to happen, such as Tchaikovsky dying of the same cholera that took his mother decades earlier? Or is it reminiscent of Dostoevsky's Brothers Karamazov, in which only freedom and individual responsibility are the true prevailing forces.