Henry Purcell: 8 (little) things you (perhaps) do not know about the composer of King Arthur

From the Shakespearean theatre to drinking songs, (re)discover the life and work of Henry Purcell, English music's perfect gentleman.

The Music for the Funeral of Queen Mary in the opening credits of Clockwork Orange, the arias O let me weep and When I am laid choreographed by Pina Bausch, the air of the Cold Genius from King Arthur sung by Klaus Nomi… Behind these popular melodies stands one of the most important composers in the history of English music: Henry Purcell.

Born on 10 September 1659 in Westminster, London, and died 36 years later in the same capital, the British Orpheus left behind a large and varied repertoire of musical compositions (almost 800 scores), from tavern songs to one of the first operas in English, Dido and Aeneas.

The rise of a perfect gentleman

Not a single wrong step in Henry Purcell's career! The son of a family of musicians, Henry Purcell joined at a very young age the children's choir of the Royal Chapel, the oldest and most prestigious musical institution in England.  Until the breaking of his voice, Purcell studied the art of music, the organ, the viola da gamba, but also Latin and writing.

At the age of 14, the young musician was recruited as the court's official organ and woodwind repairman, and also assistant to the composer John Hingston. Then followed a series of nominations for Henry Purcell, each more prestigious than the last, notably that of organist at Westminster Abbey, the symbolic site of royal ceremonies. 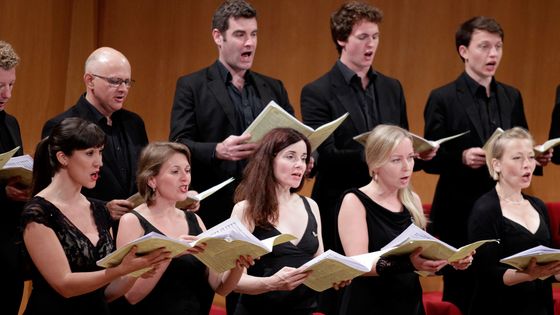 The plague and the fire

Though there were no wrong notes in Purcell's professional life, his personal life was far from untroubled: at the age of 5, Henry Purcell was faced with the death of his father (also a musician), a family tragedy soon followed by the greatest and deadliest plague epidemics in the history of London (90,000 victims amongst the 500,000 residents), and a huge fire in 1666 that destroyed part of the English capital.

Having thus experienced suffering and death at such an early age, Purcell developed through his music a subtle palette of emotions, sometimes extremely joyful, celebrating the levity and simple pleasures of life, and at times dark and chilling, leaving behind some of the most beautiful musical laments of the Baroque repertoire.

A child of the Restoration

In the 36 years of his existence, Henry Purcell was witness to the numerous upheavals of English political history. The ten years that preceded his birth (in 1659) were those of Puritanism: the monarchs were chased from the throne, democracy and parliamentary power reigned, and all the pleasures (dance, music, theatre...) associated with royalty were finally banished from daily life.

In 1659, the monarchy was restored, Charles II was crowned King of England, and the royal festivities were thus resumed, to the great pleasure (and fortune) of its musicians. In London, numerous public theatres opened once again their doors, and private artist companies began to appear... The England in which Purcell was raised was therefore in full artistic bloom.

Two other monarchs followed Charles II: James II, a relatively unsupportive monarch, less attuned to the talents of his court than his predecessor, and Mary II, a passionate supporter of the arts and a generous sovereign, of which Purcell was particularly fond, who died only months before the composer, in December 1694.

Purcell and his drinking songs!

If there is one characteristic of Purcell's work that is long appreciated and known to all, it is his skill in putting words to music, to let ring the English language and express the passions of the human soul. Full of Shakespearian intrigues and poetic libretti, King Arthur (1691), The Fairy Queen (1692) and Dido and Aeneas (1688) are today key works of the lyrical repertoire.

And yet, these is a lesser-known aspect of Purcell's vocal music, one that is no less proof of the composer's pleasure in playing with words and double meaning: his tavern songs. Fifty or so drinking songs, patriotic tunes, and bawdy chants full of ribaldry. Known as catches, they are sung by one or several voices, a cappella, and discuss simple and serious subjects such as wine, beautiful landscapes, and galant victories.

We know that Henry Purcell passed away on 21 November 1695, but the circumstances surrounding his death remain, to this day, mysterious. Some claim that the composer succumbed to pneumonia, contracted during a cold winter's night when the composer's wife Frances locked her husband out of the house as punishment for having spent so many nights in the local pubs and taverns.

However, the winter of 1695 appears to have been a relatively mild one according to the French author and musicologist Claude Hermann in his work Henry Purcell (Actes Sud / Classica, 2009), positing instead the more likely case that the composer died of tuberculosis.

Posthumous glory for the Dido, Queen of Carthage

Amongst the various lyrical works composed by Purcell, the most performed and most appreciated today is undoubtedly Dido and Aeneas, a short opera in three acts inspired by the ancient and mythological drama of the Queen of Carthage. However, Purcell's lyrical work was created in a country then still unfamiliar with opera, these long spectacles entirely sung, and Purcell's masterpiece thus went unnoticed.

The work was possibly performed once more in 1689, in a boarding-school for young girls, before being put aside by the composer who was now focused upon the composition of melodies and interludes for theatre pieces, semi-operas and masques*, much more fashionable musical activities in 17th-century London.

[*The masque is a typically 11th- and 12th century English style of performance, praising the glory of the monarchs and combining singing, dancing, theatre, and poetry.]

A man of theatre

Nothing inspired Purcell more than the theatre and the stage. In less than 20 years, he thus contributed (musically) to no less than 43 productions, due in part to the recommendation by the English playwright John Dryden, particularly influential and prolific in London during the 17th century.

The theatres for which Dryden wrote and Purcell composed were built according to the Italian style, with the public sat facing the artists. Gone were the open-air performances with the stage surrounded on all sides by the audience as was traditional during the time of William Shakespeare: during Purcell's lifetime, the theatre wished to become more complex, with stage decorations and machinery, and more favourable to the voice and the beauty of singing.

A pioneer of instrumental music (in England)

Though he was unanimously praised and applauded by his contemporaries and fellow countrymen, Henry Purcell's reputation seems not to have spread beyond the kingdom's threshold in his lifetime. This did not, however, prevent the composer from acquiring French and Italian musical influences: in the 17th century, musical scores often travelled far and wide, sometimes without the approval of the composer and even at times bearing little resemblance to the original, but leaving their homeland nonetheless.

Thus Henry Purcell discovered the works of Monteverdi, Carissimi, Lully. The composer quickly realised that English musicians had yet to explore one particular musical domaine: instrumental music. Fruit of the Italian Renaissance, these secular works conceived to showcase one or several instruments were of little interest to English audiences at the time. However, in the 1680s, Henry Purcell (now in his early 20s) began composing fantasies for viola da gamba and violin sonatas. As a preface to his collection of works, he announced prophetically:

"Music is still in its infancy..." 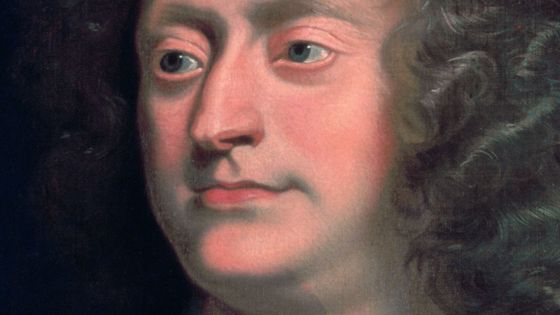