Felix Mendelssohn: 10 (little) things you may not know about the composer

Did you know that the composer Felix Mendelssohn was also a talented artist? A former student of the philosopher Hegel? Friend of Schumann and criticised by Wagner? Here are 10 (little) things you may not know about the composer of Elias, the Hebrides Overture, and the Songs Without Words.

Felix Mendelssohn? An "elegant and easy notary" according to Claude Debussy, the composer of a music that "always points behind" in the words of Friedrich Nietzsche. It would seem that the work and personality of Felix Mendelssohn is not worth our curiosity...

But for what exactly was Mendelssohn criticised? For having brought back to light the musical masterpieces of the past? For having composed some of the most beautiful works of the Romantic period, notably Romances Without Words, A Midsummer Night's Dream, the Violin Concerto no.2 in e minor?

Here are 10 (little) things to better understand the personality and the works of Felix Mendelssohn, key figure of 19th-century music. 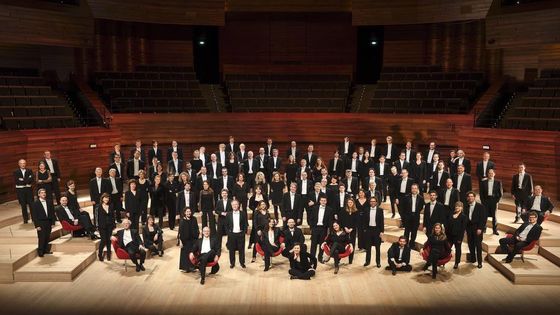 His grandfather was a philosopher

Felix Mendelssohn was born on 3 February 1809 in Hamburg, Germany, to a wealthy and cultivated family. Amongst his various illustrious relatives was his grandfather Moses Mendelssohn, one of the great exponents, alongside Emmanuel Kant, of the German philosophical movement Aufklärung, similar to the Lumières movement in France.

1821. Felix was only 12 years old when he was introduced to Johann Wolfgang von Goethe. Though the illustrious poet was known for keeping his distance from composers, notably Beethoven, Schubert and Weber (he made public his disdain for the latter), Goethe took kindly to the young Mendelssohn. The two met on several occasions until the poet's death in 1832.

"I am to play over to [Goethe] today various pieces of Bach, Haydn, and Mozart, and thus lead him on, as he said, to the present day. I should indeed have been very foolish to have regretted my delay." (Letter written by Mendelssohn in Weimar on 24 May 1830).

Felix Mendelssohn was of course a brilliant musician, but he was also a talented artist. As a child, he showed promise in many different fields (swimming, chess, piano, drawing...), and though he chose to pursue a career in music, he never abandoned his passion for drawing and painting.

In 1829, after years of musical and intellectual training, Mendelssohn travelled throughout Europe, visiting England, Scotland, France, Italy, and Switzerland. Each of these visits were related to his relatives through long and detailed letters with numerous detailed sketches.

"I want to draw every day, so that I may bring with me the sketches of the places that I wish to remember", (Letter written by Mendelssohn in Rome on 1 March 1831).

A cultivated man of few words

In a letter addressed to his beloved Marie d’Agoult, the composer Franz Liszt described his colleague Mendelssohn as "a man of remarkable talent and very cultivated intelligence. He draws marvellously, plays the violin and viola, is currently reading Homer in Greek, and speaks four or five languages fluently."

A composer, artist, student of history and geography at the University of Berlin, and a former student of the philosopher Hegel... is there anything that Felix Mendelssohn cannot do?

Far from having trouble expressing himself, Mendelssohn was quite the brilliant orator, but wary of the power and impact of the written word, refusing categorically to discuss subjects surrounding his music.

Mendelssohn was wary of the written word, and in particular that of the critic. A famously sensitive young man, it was not easy for the child prodigy, skilled in everything he tried and the pride of his family, to face the comments and criticisms of critics and fellow composers.

For example, the young Mendelssohn attended the premiere of his singspiel* Comacho's Wedding in 1827 only to realise the disastrous nature (in his opinion) of the performance. He therefore left the theatre before the concert's end, not even waiting to acknowledge the public's applause. Forever scarred by such a disappointment, Mendelssohn never again composed a lyrical work for the theatre.

*a German music drama, regarded as a genre of opera with spoken dialogue.

A boy in the wind

The composers Liszt and Chopin were both adopted by France. Felix Mendelssohn, however, found great success and popularity in England. The German composer first set foot on the British isle in 1829, at the age of 20. His courteous personality, along with his elegant music, made an immediate favourable impression. His concert overture A Midsummer Night's Dream, composed in 1826 and inspired by the eponymous play by William Shakespeare, was particularly well received.

Year after year, visit after visit, Felix Mendelssohn slowly made his way up the list of the most popular composers in the United Kingdom, eventually becoming the nation's favourite and a regular guest invited by Queen Victoria and Prince Albert.

In the late 1830s, Felix Mendelssohn moved to Leipzig, having accepted the position of director of the Gewandhaus, the city's largest local concert hall. It was also in Leipzig that he first met the composer Robert Schumann.

Schumann did not hide his fascination for Mendelssohn's many talents, going so far as to describe him as the "Mozart of the 19th century". The latter, however, chose to keep his distance, preferring for example a more formal and courteous form of address rather than the more familiar manner of conversation. Mendelssohn also sang regularly the praises of Madame Schumann, Clara, whom he invited dozens of times to perform at the Gewandhaus. A mutual admiration between Felix and Clara which inevitably sparked great jealousy from her husband Robert.

Mendelssohn could not ignore the anti-Semitism of which he was the subject. His father decided to convert the young Felix to the Protestant faith in order to avoid any possible discrimination in the boy's career. However, neither father nor son could not imagine the violent anti-Semitic campaign which awaited Felix Mendelssohn several years after his death.

In 1850, the composer Richard Wagner published Jewishness in Music (later referred to as Judaism in Music), an article in which he attacked Jewish musicians, and Mendelssohn in particular: "The Jew can naturally but echo and imitate" wrote Wagner, accusing Felix Mendelssohn of being void of "all formal productive-faculty" and appropriating "without scruple any individual feature which he could gather from this or that predecessor, according to whom he had taken for his model for the time being."

Living in both the present and the past

It is true that Felix Mendelssohn dedicated much of his career to bringing back the musical splendours of the past (notably the music of Bach and Handel) rather than promoting the avant-garde works of composers looking to the future.

Yet, that which ultimately preoccupied most the composer was first and foremost the performance of music, be it through teaching or concerts. At the Gewandhaus concert hall in Leipzig, of which he was the director, works of all genres were performed, from Bach to contemporary composers. Mendelssohn even created in Leipzig a music conservatory where he presided until his death as chairman of composition and piano classes.

The eldest of the Mendelssohn family's five children, Fanny and Felix both shared a prodigious talent for music. Whereas Felix's talents were wholly encouraged and promoted, Fanny's talents remained in the shadows. Unfortunately, 19th-century social customs looked down upon young women from wealthy families exhibited and displayed on stage: "For you [music] can and must only be an ornament, never the basis of your being and doing" instructed the father to his daughter at the age of 15.

Fanny eventually married the painter Wilhelm Hensel who encouraged his wife's musical activities, but could not go against her family's wishes. The few Lieder composed by Fanny Mendelssohn were thus published under her brother's name. So close were the two siblings, as if two halves of a single being, that one could not live without the other. Upon the death of his sister of complications from a stroke in May 1847, he fell into a deep and dark depression and died several months later of similar complications, at the age of 38.