The Te Deum by Berlioz is, in many ways, a return to life. Following the public failure of the La Damnation de Faust, in 1846, the composer was full of doubts: "Nothing in all my artistic career ever wounded me so deeply as this unexpected indifference (...) I was ruined, and in debt for a considerable sum. After two days of inexpressible anguish, I perceived a way of extricating myself from my difficulties by going on a concert tour to Russia." Berlioz had been planning this trip for a while, but his current situation made it indispensable. He therefore left for St Petersburg in the hope of boosting his morale and his finances, wearing a thick winter coat lent to him by Balzac to brave the harsh Russian cold. On

On his way back, Berlioz attended in Riga a performance of Hamlet, twenty years after his first dazzling experience at the Odéon in Paris, his first encounter with the work of Shakespeare and the playwright's unexpected and abundant poetic universe. Having barely returned to France in June 1847, he responded favourably to an invitation by the impresario Louis-Antoine Jullien, who offered to the composer the position of musical director of the Royal Theatre of Drury Lane in London. Berlioz therefore spent the whole of the 1847-1848 season in the British capital, and in February learned that a new revolution had just broken out in Paris, which in turn motivated the composer to start writing his memoirs.

These years represent a period of serious reflection for the composer: 1848 was also the year of the death of the composer's father. A loss that overwhelmed Berlioz and moved him to write to his sister Adele: "I am now in a state of utter dejection. It is as if my life no longer had an object. Instinctively, all my efforts were directed towards my father, I wanted him to show he approved of them, I hoped he would be proud of what I did...and now..." These were melancholic times for the composer, but Berlioz was not so easily defeated: he decided to undertake the creation of a Te Deum, which he conceived as a counterpart to the Requiem of 1837. Unlike the latter, the Te Deum was not the result of a commission or an immediate need. Berlioz composed the work for himself in times of confusion and political mediocrity, imagining that it may serve for a future marriage or coronation of Louis-Napoleon, for example. The Empire was close, Berlioz could feel it, like many other French citizens: the election of Louis-Napoleon as president of the Republic, on 10 December 1848, was merely the first step. In any case, Republic or Empire, marriage or not, the will of Berlioz remained intact, and the sketches were ready: his musical inspiration was further nourished by the Messe solennelle of 1824 (whose "Agnus dei" is more than a sketch in the making of the "Te ergo quaesumus" from the Te Deum, and whose "Resurrexit" contains a phrase that is be repeated in the "Christe, rex gloriae" of the new score), along with a series of more or less unfinished projects of the 1830s, amongst which an oratorio on the last day of the world, a funereal musical "fête" in memory of the illustrious men of France, and a symphony on the return of the Army of Italy.

Thus a new score was born, one that Berlioz considered among his most monumental and architectural works, alongside the Requiem (1837) and the Symphonie funèbre et triomphale (1840), drawing upon the same sources, and about which Berlioz wrote: "It is especially the form of the pieces, the breadth of the style and the formidable slowness of certain progressions whose final goal one cannot guess, that brings to these compositions a strangely gigantic physiognomy, a colossal aspect." It must be said that, true to his nature, Berlioz blended in his Te Deum the expressive and the ritualistic, the theatrical and the sacred, by altering at his pleasure the usual order of the verses of the liturgical text, as he had done for the Requiem, in order to underline the poetic and dramatic intentions that nourished his work, leading to an affirmation: the misery of the man preying upon the fear before the majesty of God, as expressed by the final "Judex crederis" whose huge exclamation on the word "speravi" is a cry of hope as much as it is one of horror. 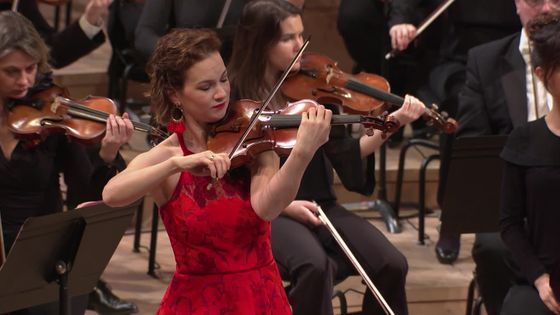 Berlioz quickly completed the composition of his Te Deum, but on a new visit to London in 1851 he saw, in his words, "the most extraordinary thing I have seen and heard in all my life": the gathering of 6600 children's voices of the charity schools in Saint-Paul's cathedral, giving him the idea of ​​adding a children's choir to his instrumentation. It was now time to wait for the opportunity to perform his latest work. Time passed, Berlioz began composing the first sketches of L'Enfance du Christ (premiered on 10 December 1854), and the announced coup d'etat finally took place (2 December 1851), though Napoleon III ignored Berlioz. The musician continued his wandering life, celebrated on several occasions in Weimar at the behest of Franz Liszt, and composed the Impériale cantata. It was not until 30 April 1855, the day before the inauguration of the Exposition Universelle, that the work was finally premiered, in the church of Saint-Eustache, whose acoustic Berlioz was able to experience three years earlier for the performance of the Requiem. Precisely: "The Requiem has a brother," Berlioz wrote to Liszt the very evening of the premiere. He added, "What a shame I am the author of this! I would write an interesting article." And yet, of all his works, Berlioz's Te Deum is perhaps the dearest to the hearts of the Russian people. Indeed, the composer even donated the work's manuscript to the Saltykov-Shchedrine Library in St. Petersburg, where it remains today, for the simple reason that the first idea of ​​the Te Deum possibly came to him while he was in this city in the spring of 1847. The Te Deum is an architectural work in the size of its melodies and the extent of its progressions ("Tibi omnes", "Judex crederis"), the musical ensemble it requires, and by the way it uses space. There are no brass ensembles placed at the four corners of the choral and instrumental mass, as is the case in the Requiem: "In the Te Deum it is the organ which dialogues from one end of the church with the orchestra and the two choirs at the other end, and with a third very large choir which sings in unison and represents the mass of the people which joins from time to time in this vast religious concert."

Archaism and its delights

As always with Berlioz, The score plays with dynamics and contrasts; its colours are never saturated, despite an abundance of voices and instruments. It alternates the hymns ("Te Deum", "Christe, rex gloriae", etc.) and the prayers (the soft and enveloping "Dignare"), thus allowing moments of meditation between movements, conceived as flights or crescendos relentless. David Cairns insists on "the soft sound of women's voices" which appear alone, during forty measures, at the beginning of the "Tibi omnes": "The source, I am convinced, is the experience, never forgotten, but now revived, of the young girls singing the Eucharistic hymn during the first communion of the little eleven-year-old Berlioz."

It is even possible to hear in the score echoes of a baroque style of music: certain commentators have not hesitated to go so far as to suggest Bach. It is true that Berlioz was struck in Berlin in 1843 by a particularly moving performance of the St. Matthew Passion: "The first tutti of the two choruses took my breath away, as I did not expect such a powerful burst of harmony." Others, such as Claude Ballif, highlight the "superb D major - a tonality blessed by Handel" of the "Christe, rex gloriae" and the tenor solo "with the theatrical effects of 18th-century church cantatas" of "Te ergo quaesumus" which follows. It is also true that the deliciously archaic colours of L'Enfance du Christ (whose core is a pastiche of a pastoral chorus of the 17th century) have also passed by. Despite the polyphonic density of the work, however, the score maintains a sovereign clarity, with Berlioz mastering more than ever the complexity of its design. Mahler will bear the work in mind, half a century later, when approaching the composition of his Symphony no.8 which also calls for a choir and children's choir, a vast orchestra, and an organ.

The Te Deum has six movements for voice and orchestra, but Berlioz planned two additional instrumental movements which, according to the composer's own admission, must only be performed "for a Thanksgiving after a victory, or for any Service of a military character." Though the "Marche" appears in the printed score, the "Prélude" was the object of regret by Berlioz who chose to withhold the movement because of the "dubious modulations" found within, as he explained it to Liszt. He did not, however, destroy the movement. It is therefore a special opportunity to hear the "Prélude" and the "Marche pour la présentation des drapeaux" ("March for the Presentation of the Flags") outside of the context of a national celebration. The Prelude resumes, with the brass section, the main theme of the initial "Te Deum", and the March is a particularly moving passage, with an increasing instrumentation calling for a high-pitched saxhorn and, at the end, a set of harps that give it the overall movement an irresistible majesty.