Purcell: Music for the funeral of Queen Mary - March

Musicians from the Orchestre Philharmonique de Radio France perform the March from the "Music for the funeral of Queen Mary" by Henry Purcell. Excerpt from the Barry Lyndon Tribute Concert, recorded live on 17 March at the Radio France Auditorium.

Henry Purcell was the official court composer of the English royal court, and dedicated several of his works to Queen Mary II, wife of King William III. Beloved by his countrymen, his death profoundly shook the kingdom, mourning the loss of a great composer and close acquaintance of the Queen, herself a great lover of music. Given the close nature of their relationship, the strong solemnity of this funeral music is of no surprise, almost a Requiem in nature.

An exctract of Purcell's work is performed as an overture to this concert dedicated to the film Barry Lyndon. Yet, the Music for the funeral of Queen Mary is not featured in Barry Lyndon, but rather another film by Stanley Kubrick: the opening of _Clockwork Orange_. The programme highlights the parallel between both films, their tragic and violent dimensions, as well as their clever use of classical music. Yet, in Clockwork Orange, there is a small twist: Purcell's music is "remixed" with a synthesiser by Wendy Carlos: a noble music at heart, in contrast with the attitude of the main protagonist and his gang of hooligans, the "droogies". 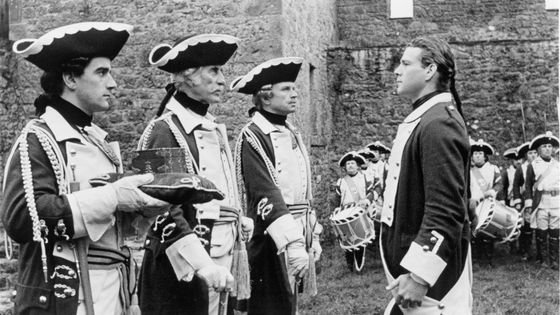